One of the reasons I like following former Michiko Kakutani, former New York Times book critic, on twitter is that she frequently posts good artwork. I liked to use the following thread to post artwork and examples of design that we like. Here’s one to start. This is from the title cards from the opening credits of the HBO TV show, Treme. Treme takes place in post-Katrina New Orleans, and the background to the title credits are basically images of water stained, moldy, damaged walls. 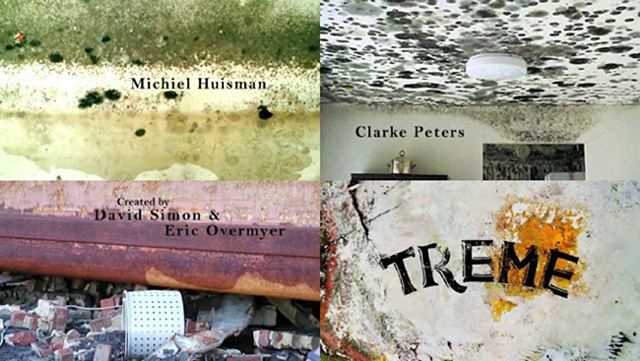 37 thoughts on “Examples of Art and Design You Like”